19
Belitsoft > Custom Software Testing: How We Use the Pareto Principle

Custom Software Testing: How We Use the Pareto Principle

Belitsoft software testing company, operating globally since 2004, provides software product testing and quality assurance services. Our clients want to know whether we use available QA resources in the most efficient way. We follow two simple rules: "use the Pareto principle" and "escape the Murphy’s law" to reduce costs and the delivery time of a custom developed software without compromising on quality.

The quality of a custom software cannot be guaranteed without proper testing.

How We Use the Pareto Principle

“20% of your time produces 80% of your results, and vice versa” — the Pareto Principle in custom software testing is about focusing on positive test cases first.

A Test Case is an algorithm that should be performed during testing. The Test Case looks like a textual description of what steps must be done. It is written by a manual testing specialist based on User Stories and according to the Software Requirements Specification Document.

As a result, all developers are just waiting for the feedback from testers. It causes low productivity and Client’s dissatisfaction!

How to use the Pareto principle to boost productivity?

In detail, the general process of manual software testing looks like this:

Such process organization leads to boosting the software development teams’ productivity for the same money. 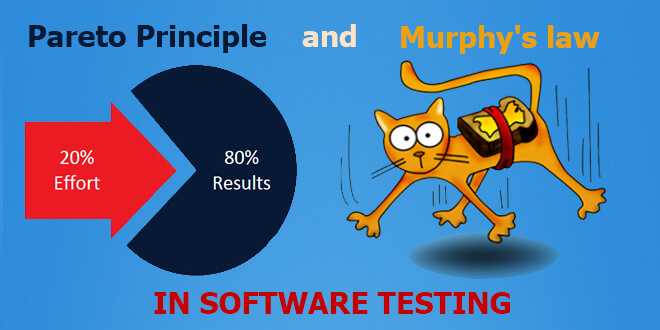 How We Escape the Murphy's Law

An autotest is a script written by an automation testing specialist to automate the execution of the test case. Meanwhile, most of the manual test cases must be transformed into auto tests. Autotests are required for the regression testing. It does not make sense to perform regression testing manually (tens, hundreds of test cases for large software projects) because it violates the Pareto principle in software testing.

How to organize the process of autotesting to escape the Murphy's Law?

How do we organize the process of automated testing?

In such a manner (let's use an example of API automated testing. Why is API testing important? APIs are the backbone connecting today's software applications):

Therefore, we have a battle-worthy army of auto tests, which doesn’t allow any bugs to happen at all.

If auto tests are not passed, we know what we need to do to fix that fast:

Written by
Dzmitry Garbar
Partner / Department Head
"I've been leading projects and managing teams with core expertise in ERP, CRM, SaaS development in the Healthcare, Financial and other domains for 15 years."
5.0
5 reviews