Belitsoft is a top custom software and database development company that offers a wide range of IT services to provide effective data management and storage.

Each application owns its database that stores and manages massive volumes of data. Data is increasing not only in its volume but also in its complexity. Nowadays, it is extremely important for businesses to keep their data safe and holistic. All the data streams should be optimized. Well-structured data and its future proper use can facilitate better customer service, marketing, and sales.

Our company is specializing in database development and creates databases for large and smaller amounts of data storage.

We understand all the importance of business data, so we offer fast and secure database solutions to help you to streamline your workflows and grow your business. Belitsoft offers a professional database development team that is well-versed at:

MySQL is a free open-source relational database. It is also reliable and lightweight which made it one of the most popular DBs for web applications in the world. Its security is based on data encryption, fine-grained authorization, and authentication services. MySQL ownership by Oracle helps it to gain trust among enterprises. Small and large companies hire MySQL developers to build their web applications using Java, LAMP (Linux, Apache, MySQL, and PHP) or other development stacks.

MongoDB is a free open-source non-relational database management system. It is well suited when working with a small/medium-sized dataset where speed and flexibility are priorities. MongoDB is used as a database for the modern web and mobile applications developed entirely in Javascript (Node.js, Angular, or Vuejs). It is very easy to develop an API to manage the database accesses in a secure way. MongoDB can be served as a local development database and as a production database for microservice solutions. If the use case requires transactions (e.g., financial) or are highly relational, then you would be better off going with the traditional SQL databases. If your requirements lean more towards capturing/storing big real-time unstructured data, then MongoDB is a great solution.

MariaDB is a free open-source MySQL-based relational database management system. It is often used for websites and online transactions. The list of adopters includes DBS Bank, Google, Mozilla, and many other companies. We use MariaDB mainly for web application development and for storing analytical data. MariaDB offers better database caching than MySQL and enables faster complex queries. Besides, using Cassandra Storage Engine with MariaDB you can run SQL and NoSQL in a single database system. MariaDB also supports TokuDB Storage Engine to handle big data for large organizations and corporate users near real-time.

PostgreSQL is an enterprise-class open source, free, stable object-relational database management system that supports both SQL (relational) and JSON (non-relational) querying. Its users include Apple, Facebook, Spotify and many other enterprise developers and start-ups. PostgreSQL natively supports JSON and XML, and doesn’t limit the size of your databases. PostgreSQL is used as the primary data store or data warehouse for web, mobile, geospatial, and analytical applications. PostgreSQL supports a high level of performance optimization equivalent to Oracle and SQL Server and is fit for performing complicated, high-volume data operations including large and complicated analytical processes. PostgreSQL’s efficiency is growing in conjunction with Amazon RDS allowing for a focus on product and business development instead of the internal database administration duties. Such fully-managed database-as-a-service can be set up in minutes and scaled to any size a growing organization. PostgreSQL teamed up with Amazon RDS can be used for applications of any level of complexity.

SQLite is a free open-source relational database management system, a popular choice in embedded database software. SQLite is widely used in mobile projects for storing offline data in the apps’ databases. Development teams may use it in the early development stage when requirements are not so strict in terms of the size of data and security. SQLite is really fast, doesn't crash, and is very easy to maintain. SQLite does not require a server to run so it saves a lot of money on physical memory and dedicated server usage.

Redis is a free open-source non-relational database management system that can be considered as a high-speed data cache to reduce database calls and merge live data from different sources. It’s up to 1000x faster than MySQL because Redis stores all its data in RAM. But it’s not an alternative to a database like MySQL - rather it is a complementary tool. For example, you can have several microservices that use MySQL and Redis together. Redis is extensively used in gaming applications for ranking players in multiplayer games. You could start using Redis to do new things that were otherwise impossible, hard, or too costly.

Firebase Realtime Database is a cloud-hosted NoSQL Database, which can be accessed and used by Android, iOS, and Web apps. You can store data in JSON format and retrieve it from the Firebase Database using the Firebase APIs. Cloud FireStore is a new version of the Firebase database that features richer, faster queries and scales further than the Realtime Database. If you need complex interactions with your data, for example in eCommerce apps, it’s recommended to use Cloud Firestore.

Belitsoft is a reliable team of database development experts who are specializing in database-specific coding. We know every nuance of custom database development and use our knowledge to deliver maximum efficiency. We keep focusing on high-level programming as well as effective communication within our team and towards a Client. Our development team possess significant database knowledge and experience and deliver comprehensive database solutions that meet your business requirements. We are responsible for each stage of a development process: design, programming, testing, delivery, and deployment.
Portfolio 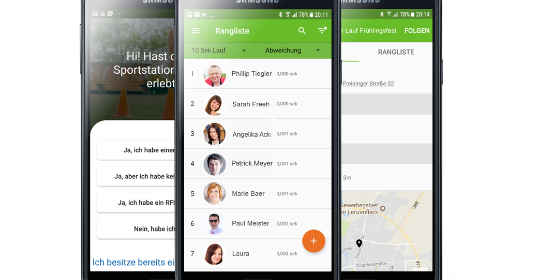 IoT Database Development for a Manufacturer of Sports Devices
Our client is a successful manufacturer of an innovative sports IoT device named Sportstation. We developed IOS and Android applications which can communicate with it. We also made Integration with several third-party systems, e.g. with the system of the children’s football camp of Real Madrid. 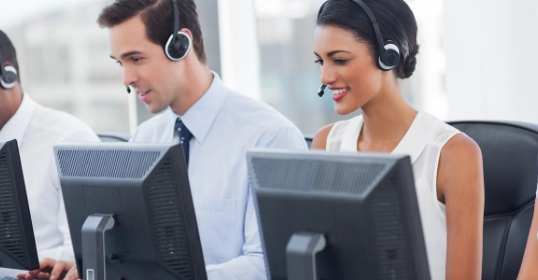 Telecom Database Software Development
One of our strategic client and partner (a large telecommunication company) provides a prepaid calling service that allows the making of cheap calls inside and outside the USA via Internet (PIN-less VoIP). 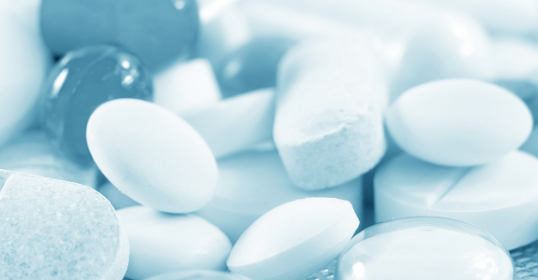 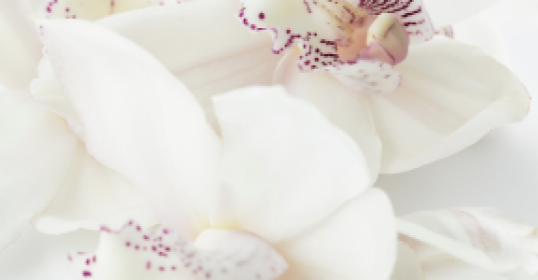 IoT Database Development for a Manufacturer of Smart Devices
Agile development of an application for the flower pot. Our main goals were to decrease the time for requests processing and improve other features without a budget increase. 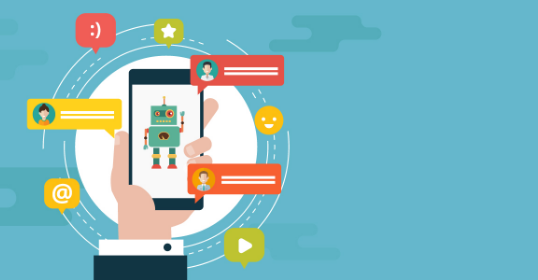 Chatbot development using Node.js and MongoDB
We successfully developed chat-bot to convert website visitors to leads and database application to store them. 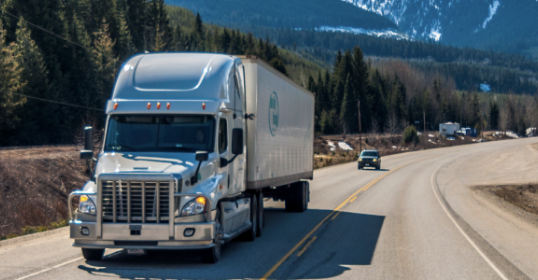 Location Tracking Database Integration for Freight Brokers
Our client is a software development and product company from the USA. This company came to us with an idea of a truck load tracking web application (a custom trucking tracking). The target audiences of the application are customers from transportation freight industry, which need tracking trucks with their goods in real time from any smart device. 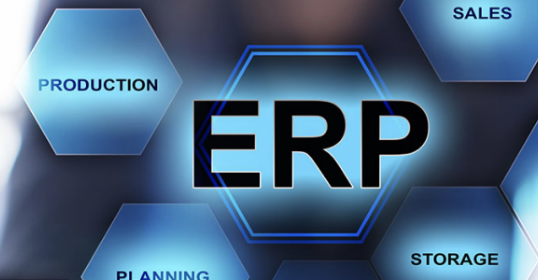 ERP Database Development
Organizations need to collect, store, manage and interpret data from many business activities. Enterprise resource planning (ERP) system is a software to manage these activities. Belitsoft has created an efficient ERP system for a vendor from Canada. 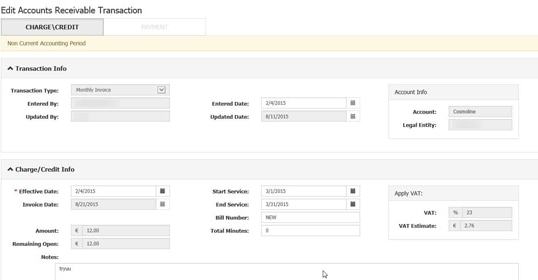 Financial Database Software Development
Our strategic customer asked us to help him in making conversion to Web application of one of his financial CRM/ERP system based on WinForms.
Belitsoft Blog for Entrepreneurs
#web development #laravel

We will list some of the most common problems, which very often arise during web development, and will demonstrate how...

Businesses always needed a system to operate effectively. No matter how large you are, or for how long have you...

Learn about the requirements for HIPAA IT compliance. Pick technologies best suited for your software.

What do we expect when watching a tarantula fighting a scorpion? Anyone can win or lose. Or is there a...

Founders of startups or other business stakeholders describe the business ideas of their future web applications. Proficient developers choose the...

Our team is experienced both in PHP programming and Java programming. We have a portfolio of both PHP-based applications and...

React Native vs Xamarin vs Ionic

Many businesses seek to develop an app which works both on iOS and Android. This is one of the reasons...

Benefits of a Data Warehouse

#how to #healthtech #ehr

How to Build an EHR System

You would like to build an EHR System or EMR software, now what? Start with this case study from the...

You need a Data Warehouse if you plan to implement a Business Intelligence (BI) solution to support your decision-making and...

Let's Talk Business
Do you have a custom database development project to implement? We have database developers to work on it. We will be glad to answer all your questions as well as estimate any project of yours. Use the form below to describe the project and we will get in touch with you within 1 business day.
Contact form
Call us