The strong point for JSF is that your Java backend developers don’t need to know everything about frontend to do frontend stuff. However, over time, JSF projects become too complex to maintain, even if your team consists of 100% senior engineers. You're always days behind schedule when you require a use case that isn't provided with existing widgets/features. Developers are forced to create monstrosities of code trying to use JSF to work around the lack of some critical functionalities (like simple REST services). Switching from JSF to client-side frontend frameworks like Angular, React or Vue.js greatly improves developers' efficiency, makes state management much easier and code testing much more streamlined. You don’t need to move your entire JSF-based app at once, break it down and do it in pieces.

Angular is a widely-used framework and platform for building Single Page Applications (SPAs), developed and supported by Google. SPA web applications don't reload for each user's click. That's why such apps get positive user feedback and became mainstream in web building.

“JSF has an overhead on the server side compared to JS frameworks like Angular. JSF needs to create a ViewRoot for each request for rendering, executing ajax events, and so on. That's much more CPU usage on the server side. I would always build web applications with JSF but nothing social, which expects millions of users a day. It better fits something like intranet, enterprise, backend applications” , states Thomas Andraschko, PrimeFaces Core Developer (25 Feb 2021).

The last "relevant" tutorial at Youtube on JSF was released years ago...

Numerous complaints about JSF are mostly related to old versions and some of them are now outdated. However, companies may still use JSF 1.0, first realized 15 years ago (or, at best, JSF 2.0) with a lot of ad-hoc programming.

As Arjan Tijms, a project lead for JSF,  stated in his article on Oracle blog “Java for the enterprise: What to expect in Jakarta EE 10”:

The next version of JSF will be JSF 4.0. Its own major theme will be removing legacy functionality that has already been deprecated. Plus, legacy features that haven’t been deprecated before will be deprecated and likely removed in a future release. Support for Jakarta Server Pages (JSP) as a view declaration language will be removed as well. As for bigger features, a prototype is currently in the works to add a simple REST lifecycle to JSF. This is not intended as a full-featured REST framework.

In this regard, migration is absolutely necessary whether it will be to a newer JSF version or to another UI framework for Java web applications.

The question is when to do this: if not today, it may be more costly to make it tomorrow if you plan to improve your software application.

Written by
Dzmitry Garbar
Partner / Department Head
"I've been leading projects and managing teams with core expertise in ERP, CRM, SaaS development in the Healthcare, Financial and other domains for 15 years."
0.0
0 reviews

Written by
Dzmitry Garbar
Partner / Department Head
"I've been leading projects and managing teams with core expertise in ERP, CRM, SaaS development in the Healthcare, Financial and other domains for 15 years."

AngularJS to Angular Migration
After December 2021, the AngularJS framework stops being supported. And if you decide to add new features or upgrade your AngularJS-based app, you may struggle to find the right specialist. The reason is developers hone their skills at new technologies to stay in demand. And few developers are now able to work with old technologies like AngularJS. So if you’re considering AngularJS to Angular migration now or later, keep on reading to find out: How will your app benefit from such a transition? What is the best migration path for you (+ best migration path analyzer)? Or maybe alternative options like React or VueJS will be a better fit for you (comparison table included)?

React vs Angular vs Vue
Angular and React are the two big players that are widely used. And there is an upstart that has been getting a lot of traction recently - Vue.js. Which is better, React.JS, Vue.js or Angular? Is React or Vue.js killing Angular? Is React or Vue.js faster than AngularJS? Belitsoft has an expertise in all three: Angular, React and Vue.js. However today we use React more often than other tools and we are strengthening our React team because it saves money for our customers. We have also found and put together the opinions from the most discussed cases where different software developers are trying to find the silver bullet - so you can make the most objective decision possible. 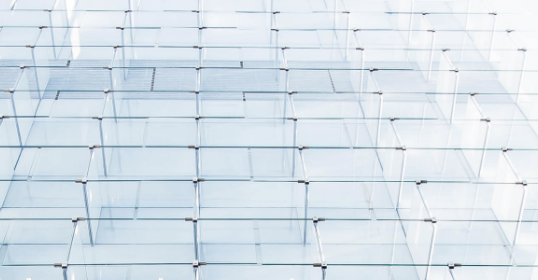 Glass Thickness Calculator Based On Angular and Node.js
The main goal of such application is simplifying process of taking orders and calculating some special technical parameters in automatic way to improve speed of forming quotes.