Historically, “.NET Core” was just another framework in the family of .NET frameworks (.NET Framework, .NET Core, and Xamarin). But with the introduction of the “5th version”, Microsoft stated that since that time the .NET Core had become the main “implementation” of the .NET “development platform”. Practically, it means that Microsoft considers that .NET Core is for companies that really think about their future.

You may often want to compare .NET Core with .NET Framework while assessing the option of migrating your server application from the .NET Framework.

There’re some reasons behind this:

.NET Framework supports only Windows. You need .NET Core if it’s not enough for you to serve only Windows users with your application, and you don’t want to spend developers’ time creating and maintaining different code for different OS.

With .NET Core, you can run the same code not only on Windows but also on other platforms such as macOS, Linux, and Android.

The significant part of .NET Core is the ASP.NET Core web development framework for building high-performance cross-platform web apps or microservices, Internet of Things apps, and mobile backends. With ASP.NET Core, systems run with a much lower number of servers/Virtual Machines which leads to costs savings in infrastructure and hosting. ASP.NET Core is also faster than other popular web frameworks.

You don’t want to stop the whole application to find the cause of critical bugs. But with a “monolithic app” you have to. This is the most common disadvantage.

Besides, some parts of your “monolithic app” require dealing with changes in the business landscape more quickly than the rest of the app, so you want to break them into microservices to iterate on that differently.

The microservices design is also useful to reduce your cloud costs. Once deployed into the cloud, each microservice can be independently scaled.

Microsoft recommends using .NET Core if you're embracing a microservices-oriented system. You can use .NET Framework to develop microservices, but this will be too heavy and not cross-platform.

Requirements to use Docker containers

Development and deployment are like day and night. Your software may work on your developer’s computer but won’t work when you deploy it to the hosting environment to make it accessible for your clients. To eliminate the problem, Docker containers are actively used.

You can use Docker containers to simplify the deployment of your application onto a production web server, even dealing with .NET Framework. However, Microsoft suggests using Docker containers with .NET Core, especially when you employ microservices architectures

The following list of the premade Docker containers for .NET is provided.

Porting to .NET Core from .NET Framework for many projects is relatively straightforward. The key issue in migration is whether it can be done quickly or not, and what we must consider making the process as smooth as possible.

Some issues can make the process longer and more expensive.

Our example of Successful Migration to .NET Core

Our Client is a Healthcare Technology company from the USA. They provide a customized EHR solution to healthcare organizations worldwide.

Historically, the client used the .NET Framework, which allowed them to serve only Windows users. Their software didn’t work on macOS. So they decided to migrate to .NET Core.

Our migration process was established as follows:

.NET development team migrated the backend of the EHR software to .NET core and the frontend to Angular 2+. Now the client enlarges its customer base with macOS users. You can see this case in detail.

Thomas Ardal, the founder, and developer behind elmah.io (error logging and uptime monitoring service for .NET software) shares his experience after migrating 25+ projects to .NET Core:

“Migrating has been an overall great decision for us. We see a lot of advantages already. Simpler framework. Faster build times. Razor compilation way faster. … Better throughput on Azure and less resource consumption (primarily memory). The possibility to move hosting to Linux. And much more”. 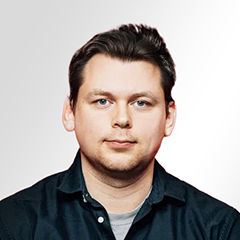 React vs Angular vs Vue
Angular and React are the two big players that are widely used. And there is an upstart that has been getting a lot of traction recently - Vue.js. Which is better, React.JS, Vue.js or Angular? Is React or Vue.js killing Angular? Is React or Vue.js faster than AngularJS? Belitsoft has an expertise in all three: Angular, React and Vue.js. However today we use React more often than other tools and we are strengthening our React team because it saves money for our customers. We have also found and put together the opinions from the most discussed cases where different software developers are trying to find the silver bullet - so you can make the most objective decision possible.

AngularJS to Angular Migration
After December 2021, the AngularJS framework stops being supported. And if you decide to add new features or upgrade your AngularJS-based app, you may struggle to find the right specialist. The reason is developers hone their skills at new technologies to stay in demand. And few developers are now able to work with old technologies like AngularJS. So if you’re considering AngularJS to Angular migration now or later, keep on reading to find out: How will your app benefit from such a transition? What is the best migration path for you (+ best migration path analyzer)? Or maybe alternative options like React or VueJS will be a better fit for you (comparison table included)? 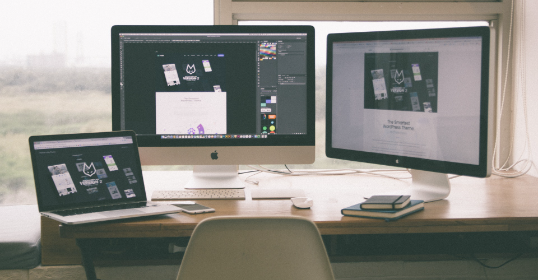 Custom Development Based on .NET For a Global Creative Technology Company
Based on modern and cost-effective .NET technologies, Belitsoft delivered a robust, scalable, and high-performance core business app as well as modernized the IT infrastructure supporting it. 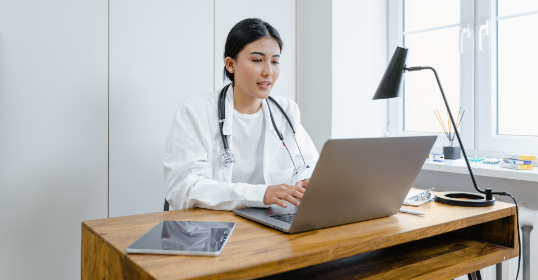