Laravel Microservices or Lumen vs Laravel

Contact us to learn how our Laravel consultants and programmers could help you with Laravel Microservices.

Differences between Laravel and Lumen

Lumen microframework is a lightweight version of Laravel full-stack framework. Lumen use the Laravel syntax and components, and can be 'upgrade' easily to Laravel.

Lumen is a more specialized (and stripped-down) framework designed for Microservices and API development. So, some of the features in Laravel such as HTTP sessions, cookies, and templating are not needed and Lumen takes them away, keeping what's essential - routing, logging, caching, queues, validation, error handling and a couple of others.

As Taylor Otwell, the main creator and maintainer of the Laravel and Lumen frameworks, underlined in his interview: “Lumen opts for maximum speed. The actual Lumen framework repository is probably only a dozen files or so. The rest is made up of the Illuminate components. This allowed me to flesh out the features of the framework very quickly, though it did take me three or four iterations to find a solution that was really, really fast while still providing very powerful features”.

Taylor Otwell also talked about one more key difference: «The entire bootstrap process is also located basically in a single file, which is less configurable overall than full-stack Laravel, but for small microservices and APIs that are mainly interested in speed it's a good trade-off».

Additionally, Lumen uses a faster router than Laravel (FastRoute instead of Symfony’s) and many features are disabled by default in Lumen in comparison with Laravel, for example, Facades, Dotenv environment files, Eloquent and so on.

Microservices need to possess the ability to read and write to a database, must be secured, be built with the so-called message-driven approach, and have the ability to provide reports. Modern microframeworks make these tasks as trivial as possible.

Lumen is the perfect solution for building microservices. It utilizes all benefits of Laravel framework including security, easy database configuration (MySQL, Postgres, SQLite, and SQL Server), queue service configuration, integration with reporting tools and so on.

Let’s imagine a standard web page on an ecommerce website. To pull together the various parts of that website, we might need several microservices. One of them might display the details about the product being offered for sale. Another might show the price and stock level. And we’ll probably be showing shopping cart contents too, which may be another microservice.

If the shopping cart service is unavailable, we’re probably in a lot of trouble, but we could still show the web page with the listing. Perhaps we just hide the shopping cart or replace it with an icon saying “Will Be Back Soon!” or replace the part of the UI containing the cart control with a phone number for placing an order.

API is an approach that allows different applications or different parts of a single application to share data among each other by special programming commands. By default, an application has no use for APIs if it is not defined by software requirements. When a customer orders an API creation from us and they want to go with Laravel Development then we usually suggest the use of Lumen. When is it necessary to develop an API for the application and why do we choose Lumen for this?

For any API service, speed is very important, because if it is not able to serve a lot of requests per second fast, the business perspectives of using the API will be much reduced.

As we considered earlier, API development can be done using fast microframeworks like Lumen, which is one of the fastest PHP micro-frameworks available.

The most popular open source APIs created using Lumen are located on github.com.

When it is a good idea to use microservices

According to the software requirements, each web project is reduced to one of the following types:

‘Microservices architectural approach can be used in each of these cases. But often it is used for refactoring (rewriting) a legacy application from monolith into microservices.’

Basically, there are 4 main reasons for it: 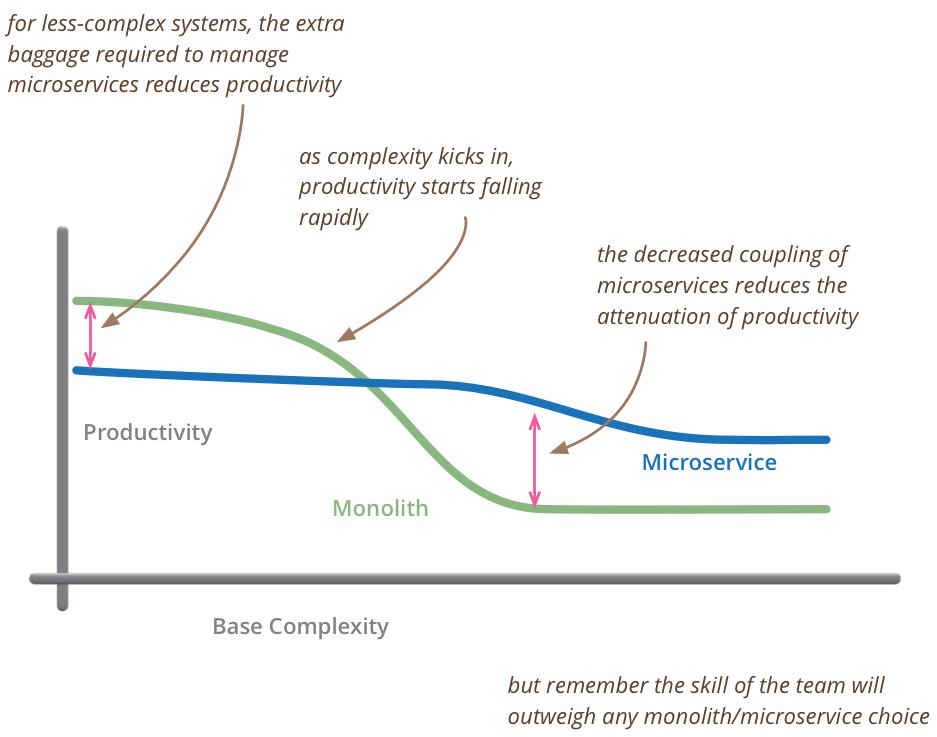 Examples of projects with microservices architecture

Differences between full-stack and micro web frameworks for building microservices

A web framework is a tool for solving common software development problems fast (read as “cost-effectively”). Web frameworks are divided into full-stack frameworks and microframeworks.

Web frameworks “allows developers to save time by re-using generic modules in order to focus on other areas”.

As an example, a framework will keep the developer from having to spend 2 or 3 days creating an authentication form (which is not a specific task). The time that is saved can be dedicated to more specific components as well as to the corresponding unit tests; giving the solid, sustainable and high-quality code.

Another example: when working in teams, things can get ugly when it comes to choosing options for libraries and tools. Usually, each member of the team will try to push her/his preferred options. Nevertheless, if the team is using a framework, it can simply use the default options and avoid discussions.

A full-stack framework is a framework that attempts to provide nearly everything — from web serving to database management right down to HTML generation — that a developer could possibly need to build an application. It likely includes components that may not be needed by the majority of applications, but having them available makes it easier to integrate new features. 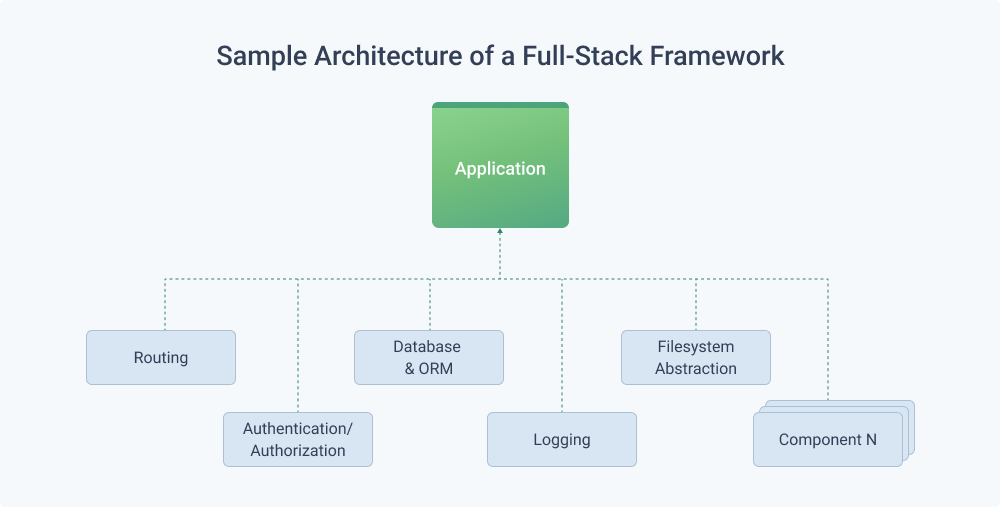 A microframework is a collection of bare necessities required to build a web application. Typically, a microframework facilitates receiving an HTTP request, routing the HTTP request to the appropriate controller, dispatching the controller, and returning an HTTP response. Some microframeworks take this a few steps forward and also provide additional tools to manipulate the HTTP response (HTTP caching, status updates, redirects, and so on) as well as a middleware implementation.

Many developers are familiar with larger full-stack frameworks like Laravel or Symfony. These excellent frameworks have a larger codebase, more "kitchen-sink" functionality, but also require more time to learn them. For some projects, both Laravel and Symfony are great tools. For other projects that do not require additional features, microframeworks are a more appropriate tool for the job.

Written by
Dzmitry Garbar
Partner / Department Head
"I've been leading projects in Healthcare, Financial and other domains for 14 years."
4.6
30 reviews

This is how we use Laravel to make our clients happy

Here at Belitsoft we love Laravel so much, that we created our corporate website www.belitsoft.com (you are here right now)...

We will list some of the most common problems, which very often arise during web development, and will demonstrate how...

Founders of startups or other business stakeholders describe the business ideas of their future web applications. Proficient developers choose the...