Gamification and Game-based learning have been trending for the last decade or so. However, these terms are still used interchangeably from time to time or get otherwise confused. We have prepared an article addressing this issue and showing examples of both approaches.

A game-based learning project implies that the learner plays a role.

A user of a gamified project doesn’t.

A role is a powerful tool to get the user more involved with the process. Slaying zombies or saving a princess is much more interesting than solving abstract math problems. In Extraas, for example, the learner is usually playing a certain role (e.g. a driver or a man surviving in the ocean) to increase immersion and lead to better learning outcomes.

The same is true for a story - the more exciting it is, the deeper the user immerses themselves in it, and the closer they associate themselves with the character. Choosing the right setting and characters that fit the target audience are of utmost importance.

The role we are talking about means “becoming” a specific character in a specific setting, perhaps participating in some sort of a narrative. This is most apparent in RPGs but is also completely valid for strategies (e.g. Sim City), sports titles, racing games, and other genres. Only the exact role differs - a mayor, a team manager, a racer, etc. This role and the task before it (saving the world, expanding an empire, winning a competition, etc.) are at the forefront of any game-based learning project.

Gamified products involve no such roles. There are motivating factors that a user can aim for (e.g. points or positions on a leaderboard) but throughout the whole experience, the learner remains who they are.

The role itself could be uninteresting (or even somewhat repulsive) to the user, and the game could still be exciting. However, it must be logical in terms of the game’s setting. After all, not many people are willing to try dark magic, yet “Warcraft 3” is a game that an entire generation remembers fondly.

Gamified projects don’t have roles like that. In TET, a driving theory course, the user just learns, and the progress bar and points are simply a motivating factor.

In a game-based learning project, the user aims to have fun first.

In a gamified project, the user intends to learn.

The goal of someone playing a game is directly tied to the game itself: win the race, save the kingdom, escape the island, etc. The thing is, this can only be achieved by adhering to the rules of the game, which are designed to promote learning.

E.g. in Pulse! the learner assumes the role of an ER doctor that needs to correctly diagnose the patient and provide a fitting treatment. To do that, the player can use various medical instruments and devices, run tests, have other medical staff help, and more. The end goal is saving the life of a virtual patient, the learning happens in the process.

The goal of a user of gamified learning software is to acquire new knowledge or skills. E.g. in Ticken the learner comes to study touch-typing, there is no story or deeper meaning behind it. Points, leaderboards, typing games, etc. are there to better motivate, but they are just a means to an end.

Game-based learning is more suited for children who want to play and enjoy themselves, not study.

Gamification is more suited for adults who understand the necessity of learning. 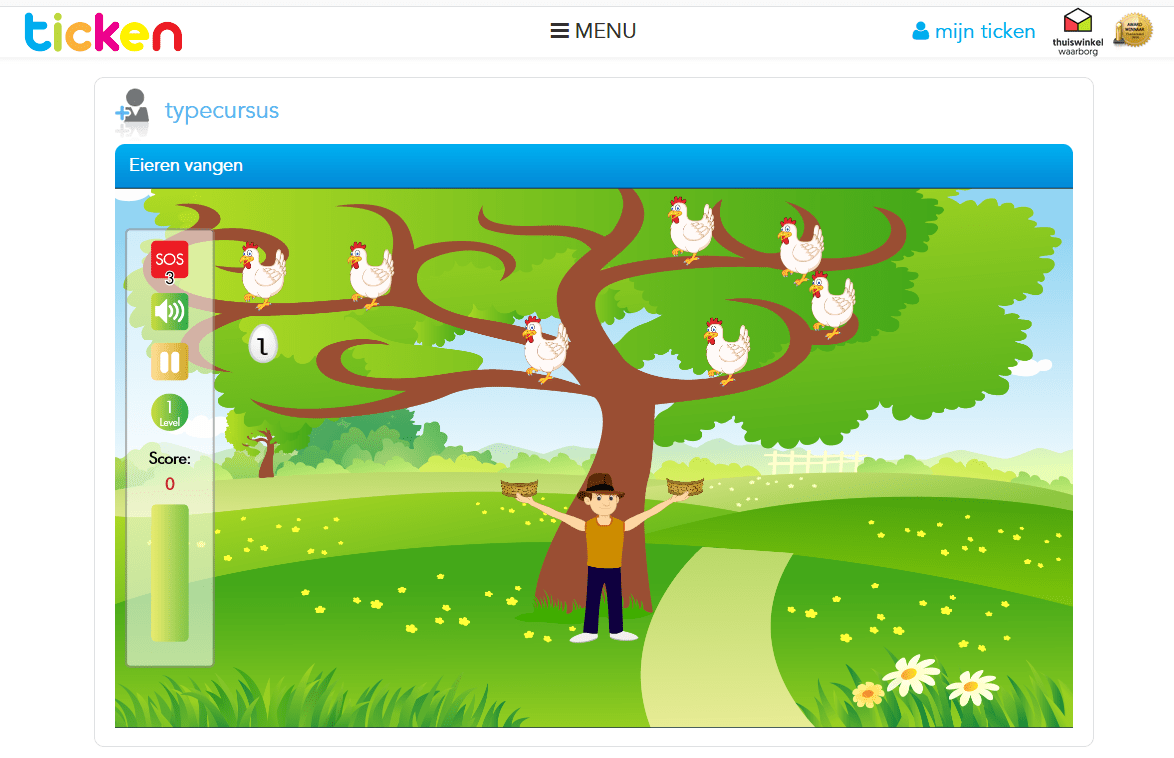 Children don’t yet understand the benefits of learning. The problems they solve at school are abstract, the knowledge they get can’t be directly used in their lives, at least for now. So they prefer to play, surf the Internet, watch shows, or hang out with their friends.

That’s why game-based projects become so successful for this age group: they entice the users with bright visuals, engaging story, and interesting characters to “sneak in” the learning. Even if the subject itself isn’t very interesting, the game itself might be fun enough to teach: take, for example, Minecraft Education, where the (predominantly young) players look for elements and combine them, learning chemistry in the process.

Adults, while also preferring to have fun, understand that learning new skills is important. They also know why do they want to study and where to apply their newfound knowledge. This begins at about 9th grade and increases as the age goes up. Moreover, the adults aren’t dependent on anyone and can provide their own entertainment.

Gamification is more often used in projects that target grown-ups. One of its main benefits is protection against procrastination. The learning materials themselves might be boring, but points, badges, leaderboards, and other elements can provide the brief dopamine rush and restore the interest. Even when it takes a while to apply the skills and knowledge that the course teaches (e.g. foreign language apps) small rewards still give the users something to look forward to.

Gamification works when the learner is already interested in the subject or is otherwise motivated to study it.

In game-based learning projects, rewards directly affect the completion of the game.

In gamified projects, rewards only affect the users’ motivation. 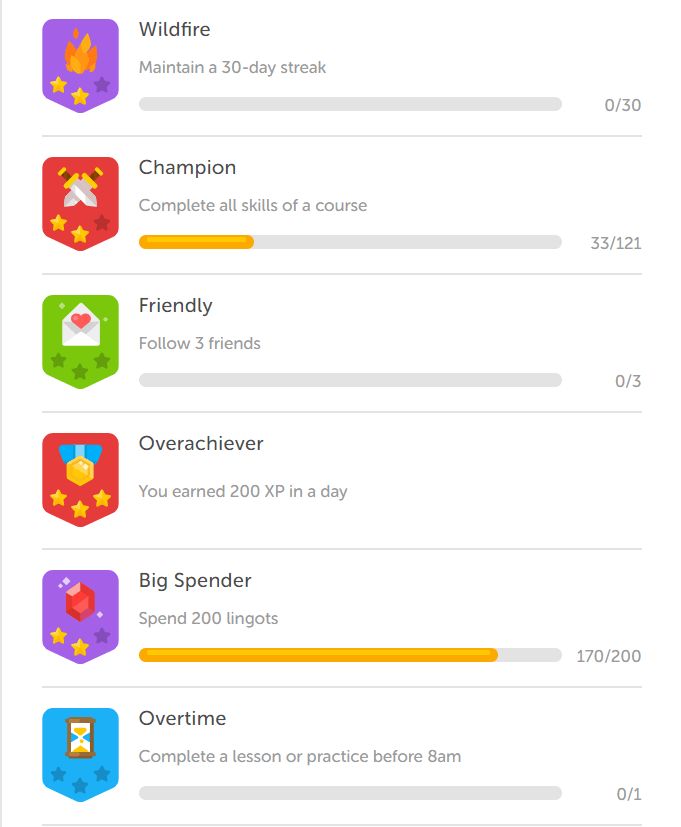 Learning games include rewards that affect the game itself: new levels, tools and apparel for the character, in-app currency, etc. The better you learn - the stronger your character becomes and the closer to the grand finale of the story you get.

This is a self-reinforcing cycle: in the beginning of the game, the character could barely fight an oversized rat, and the player wasn’t too good at the subject. But later, as the player learns more, their character’s abilities also grow - this motivates the user to play more.

Moreover, game-based projects often have some form of in-app currency (points, coins, etc.) that can be spent on in-game items, levels, characters, etc. Making a player curious to try out all the cool things is a powerful motivator.

Gamified projects reward a player with a sense of achievement (badges and points) or social proof (leaderboards), but neither of these factors directly affect the course completion. The points and levels can serve as something to be proud of, but they make no meaningful difference in the learning process. In addition, the points you earn either can’t be spent or have a very limited application (e.g. Duolingo has an option to buy new clothing for the mascot).

Gamified projects are learning courses that have an extra layer of motivation. Like in Ticken, where the people spend most of their time doing practical typing exercises and the gamification just increases users’ interest. 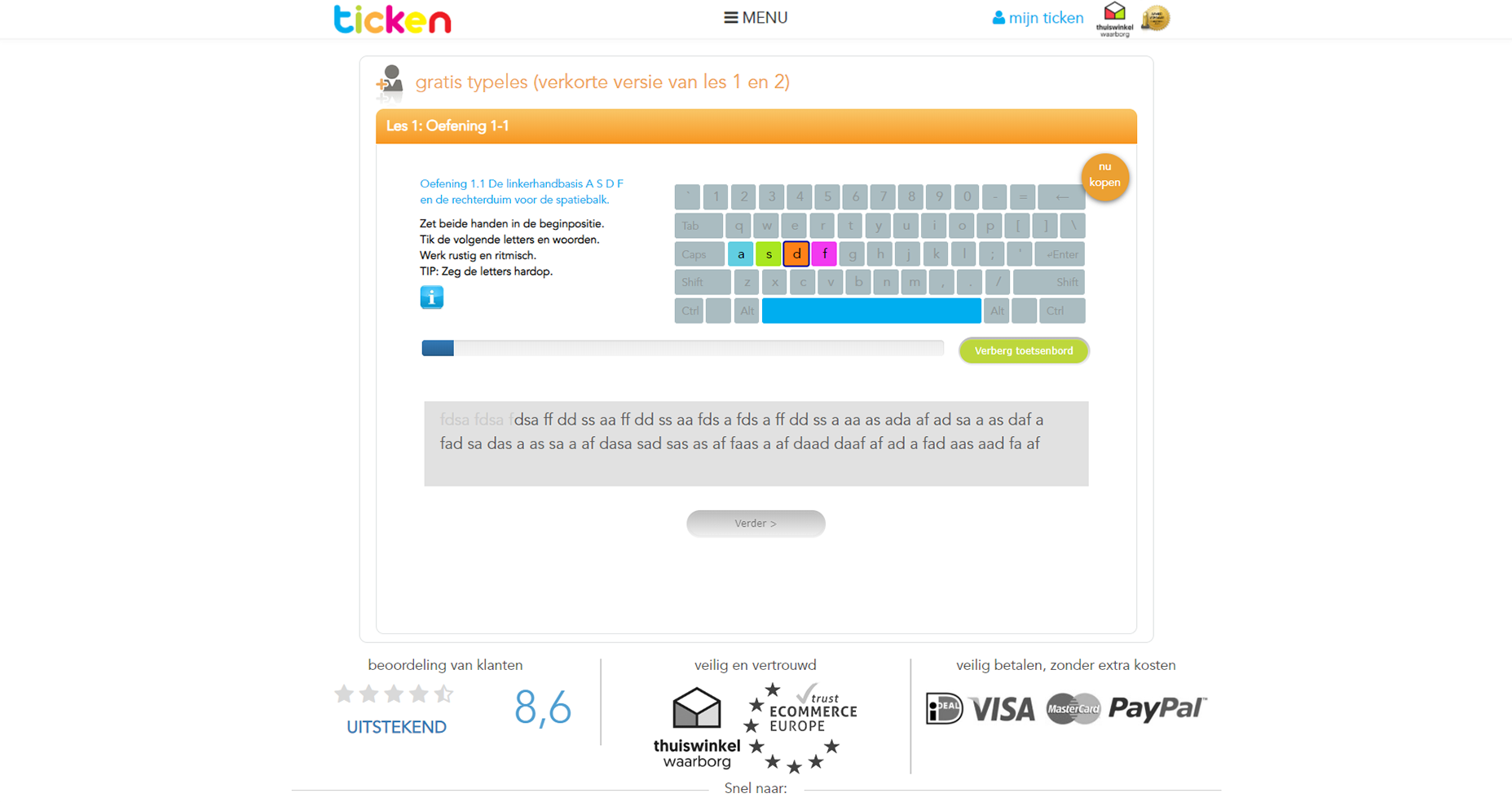 Game-based learning is primarily a game, the learning is tied in as part of the game mechanics.

Gamification is one of the main trends in corporate eLearning. In this article, we will clarify what it actually is,...

This article will explain what Gamification actually is, describe its advantages and potential risks based on scientific studies, tell you...

An idea is only as good as its implementation. So in this article, we will list several eLearning games that...

How to Launch a Game-Based Learning Startup

The most profitable country for serious games is China, followed by the USA and India. However, by 2022, the United...

How to Сreate Game-Based Learning in Your Corporation

What do you need more as a learning manager? Creating functional content and delivering it on a basic learning platform?...

Gamification in Healthcare: the Value of Fun

Gamification is not the cure-all, but it can’t hurt. Introducing fun and games to healthcare apps can motivate patients and... 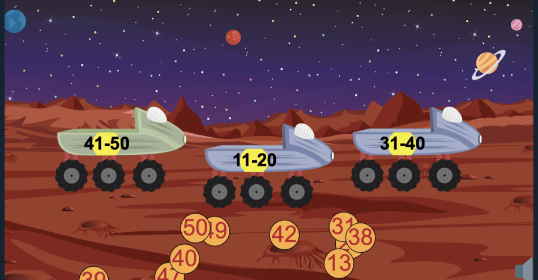 Game-based eLearning Platform For Selling Math Training for Kids
We developed custom game-based learning platform for elementary mathematics, Dutch language and their exams for our customer - instructional designer from the Netherlands. 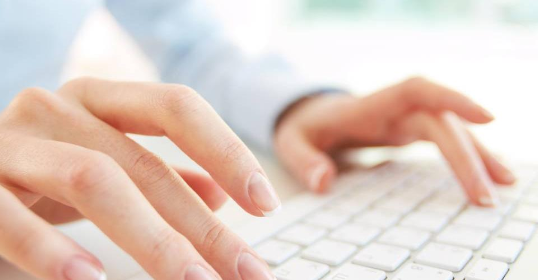